Why do my Smoke Alarms Keep Going Off for no Reason? 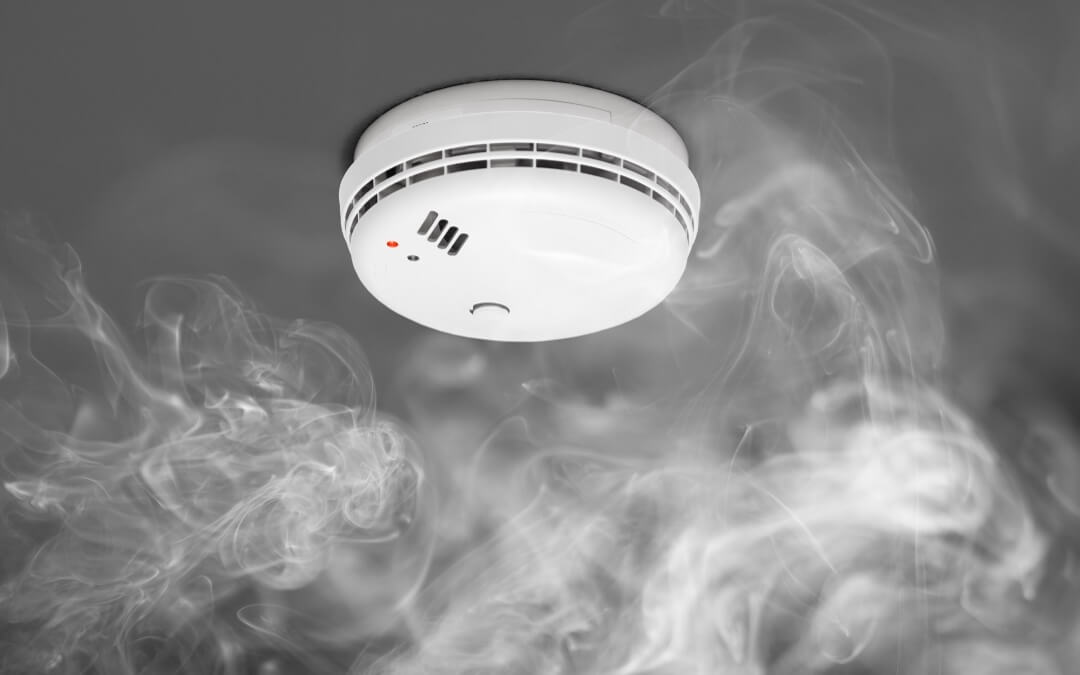 Smoke alarms are an inexpensive way to help protect your home and family from house fires. They’re not that helpful though if they alarm for no apparent reason. It’s never good to hear that loud screeching alarm, and although we’re thankful when it’s a false alarm, it’s no fun to hear it when you don’t need to.

Tracing down the actual problem can sometimes be time-consuming and it can seem like there isn’t a reason for it to sound. Of course, there’s always a reason for a smoke alarm to go off, but sometimes that reason has nothing to do with detecting smoke. Tracing down the problem isn’t actually that difficult if you know where to look.

So, in this article, we’ll look at several other reasons a smoke alarm can keep going off even though there doesn’t seem to be a reason for it to alarm. Some of these problems will only apply to certain types of smoke alarms. They’re in no particular order.

If the smoke alarm is just chirping rather than sounding the full alarm then it most likely needs new batteries. It’s also possible for the alarm to sound if the battery has a bad connection.

2. Dust on the Sensors

High levels of humidity in the air can sometimes be detected as smoke. The smoke alarm doesn’t always tell the difference between dense moisture content and light smoke particles.

A fan, an open window, or a dehumidifier can help reduce the moisture in the air. If there’s a lot of moisture, then you might need to use a fan along with an open window.

Steam from a hot shower or boiling water on the stove works the same as high humidity and can be detected as light smoke particles.

A strong chemical odor such as from paint fumes, or cleaning chemicals such as ammonia and bug sprays, can cause the smoke alarm to sound. The fire alarm can also detect these chemicals in the air and mistake them for smoke.

Be sure to use chemicals according to their MSDS and use proper ventilation.

Insects, spiders, and other little buggy crawly things love the small, dark, hidden spaces in electronics that give off a little bit of heat as they operate. Crawlies especially like fire alarms since they’re on the ceiling where they can live out of the way and uninterrupted. They sometimes crawl into the area with the sensors and set off the alarm.

Clean the smoke detector the same way you would clean for dust. You can keep them away from the smoke alarm with pest control sprays. Be careful not to spray the smoke alarm itself as sprays can damage the electronics. Keep in mind that the chemicals in bug sprays can also set off the alarm.

7. The Smoke Alarm is Malfunctioning

Smoke alarms have a lifespan of around 10 years. For an alarm that’s close to 10 years old or older, or if none of your efforts stop the alarm from going off, it might be time for a replacement.

If you have to replace your smoke alarm then consider getting one that includes two different types of sensors which combine a heat detector with a photoelectric smoke detector. This will widen the range of smoke that can be detected which improves safety and reduces false alarms.

The heat detector has a sensor that detects flames like an ionization detector, but it doesn’t see dust as smoke. This keeps down the false alarms.

A photoelectric smoke detector has a sensor that detects smoldering flames. These flames have a lot of smoke but only a few flames. This type of detector can tell the difference.

Smart smoke detectors provide notifications that show the battery life, connect to your smartphone, and connect with other systems, such as a security system, to provide alerts and the current status when you’re away from home.

Smoke alarms help save thousands of lives every year. A working fire alarm is crucial to the safety of your home. While it is possible for a smoke alarm to give so many false alarms that we’re sometimes tempted to remove the batteries, it’s important that we don’t. Smoke in a home can be a life or death situation. It’s better to troubleshoot and even replace it than not have a smoke alarm.

Safety first- always check for a real fire before assuming that it’s a false alarm.