Solar panels are installed to absorb the sunlight to produce clean renewable energy that will power your house and reduce the cost of your electric bill.

Enable you to self-power your home through stored backup power. You’ll be ready for utility outages, natural disasters, or simply to go off-grid.

Our knowledgeable energy consultants will work with you to design a residential solar energy system to meet your energy needs, financial goals, and architectural style.
If you had asked around a decade ago about solar powered residences, it’s likely that you wouldn’t have found much to go. It simply wasn’t popular at the time.

However, an increase in both government initiatives and public awareness about environmental issues have brought solar energy to the mainstream. One of the best things about this is that installing a solar energy system in your home takes between 3 and 4 tons of carbon dioxide out of the atmosphere each year.

While all of that is great, solar energy can be quite confusing for people in the early stages. Between there being a bunch of unfamiliar terms, sellers, and financing plans, there’s a lot to take it.

This introduction to residential solar energy should help.

Installing solar panels in your place of residence.

Why You’re Doing It

Installing solar panels in your residence helps to significantly reduce your carbon footprint and saves around 90-100% of your electricity costs.

Although there are plenty of companies out there who will slap some solar cells onto your house, you need an experienced professional to do the job for you well.

Here are some different things to look for in your experienced professional:

PurSolar and Electrical checks all of these boxes, and we would be more than happy to supply you with any documentation necessary to help you make your decision.

In the most basic sense, solar panels are photovoltaic (PV) cells. PV cells are batteries that collect sunlight, change that sunlight into energy, send the energy to an inverter, and then convert that into the electricity that you can use to power your home.

Although solar panels were quite expensive not too long ago, the price has dropped roughly 60% since 2011. The national average (including tax incentives) for a PV solar system is now around $17,000.

Our prices at PurSolar and Electrical are highly competitive, and we encourage you to get in touch with us for a detailed quote.

One of the best things about solar energy is that the government will pay you to use it. For example, the federal solar Investment Tax Credit (ITC) saves you a significant chunk of money. This tax incentive offers you a 30% tax credit for converting to solar energy.

We’ll meet with you to collect data, measure the area, and then decide what products will fit your needs.

Once you’re happy with the agreement, sign the proposal, make a down payment, and provide us with your APS login information.

The Pur Solar design team will get to work creating your custom solar solution, as well as obtaining installation permits.

Depending on your project size, installation takes about 1-4 days to complete. Once green tagged APS shows up within two weeks.

“PurSolar & Electrical did a very professional job on the new system for our cabin. The system has exceeded our expectations – even on overcast days. We are happy to recommend their service.”

We at PurSolar & Electrical of Northern Arizona strive to provide the most professional installation with the best product on the market.

Find Out How Much PurSolar Can Save You!

Installing solar energy into your home is one of the best decisions that you will ever make. Contact us today to see how you can get started.
Contact Us 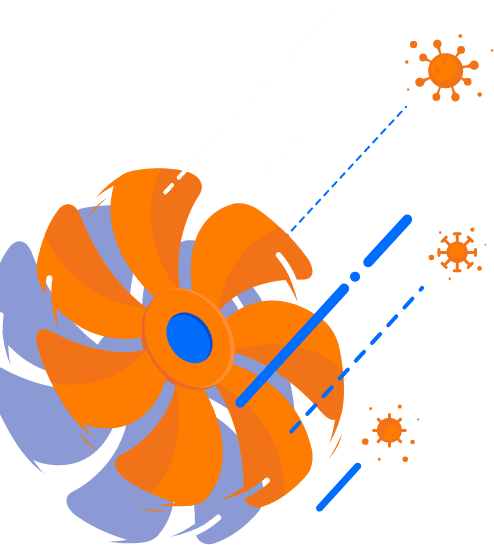 Push
Viruses Out!
Get Revolutionary QuietCool System for Your House