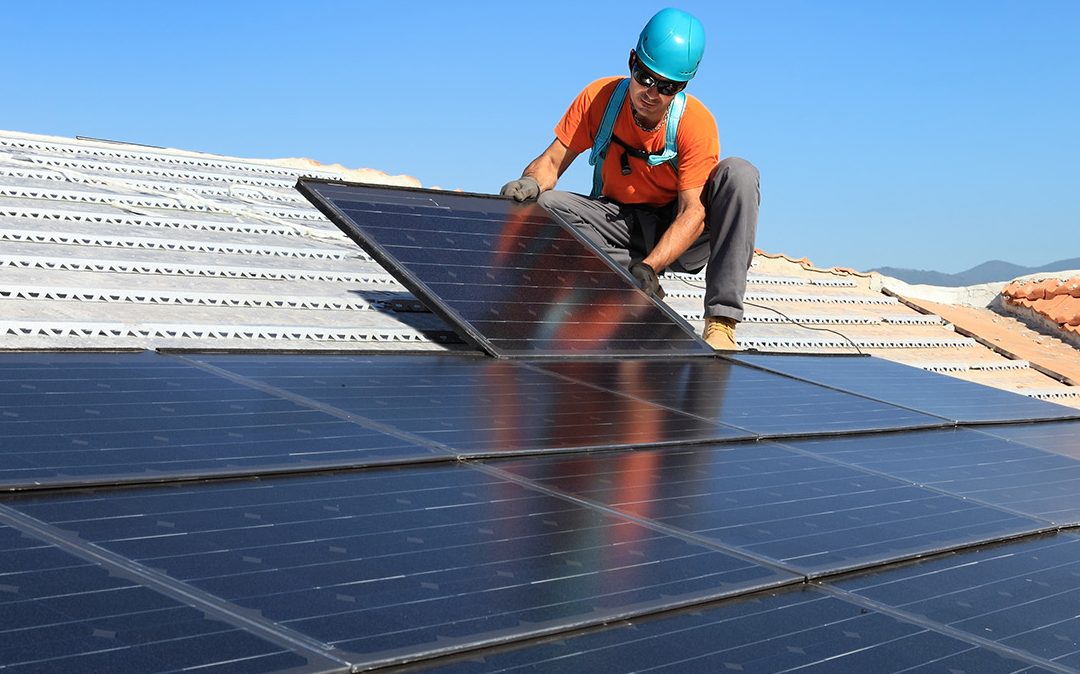 Since the advent of solar panels, manufacturers have tried to capitalize on their mainstream success and maneuver their products to the forefront of the market, and as with any product, there are good and bad brands with good and bad manufacturers. In this article, we’re going to break down the world’s top 3 solar panel manufactures and analyze what makes a top manufacturer. Why are they ranked at the top? Furthermore, does being on top mean that they are indeed the best? These are the fundamental questions we are going to answer.

#3 – Hanwha Q
Hanwha Q CELLS Co., Ltd. was founded in 1999 and is ranked at #3 among the world’s top solar panel manufacturers. Seoul, South Korea and Thalheim, Germany are where its two headquarters locations reside, and its manufacturing facilities can be found in South Korea, Malaysia, and China. Throughout its existence, the company has received numerous awards including a “Top Performer” status on the 2017 DNV GL PV Module Reliability Scorecard and the 2017 Intersolar Award. They are considered a reputable and trustworthy manufacturer throughout most of the world.

#2 – JA Solar
JA Solar (JingAo Solar Co., Ltd) is a China-based manufacturer with eleven production facilities spread worldwide. The company is very impressive, as they were founded in 2005 yet still rank among the top solar cell producers in the world. According to their mission statement, their goal is to “bring [their] ideas of environmental protection into the daily lives of ordinary people.” Their hard work, honesty, and dedication has allowed them to be successful and become one of the leading suppliers in the solar power industry.

#1 – Trina Solar
Trina Solar has experience on their side as a manufacturer that was founded all the way back in 1997. They are considered the world’s largest and leading provider in the solar industry and have been for several years now. The company is based in China with a worldwide presence featuring several branches located throughout the USA, Europe, and Asia. They have broken records and set the bar for other companies in the industry; there are no signs that they will be slowing down anytime soon.

Why are they ranked at the top?
Reports rank manufacturers according to their market share. In other words, the total volume of units they ship out each year determines their place in the rankings; thus, the companies listed above have had the most sales in 2017. It’s important to note that sales are not necessarily an indicator of quality; a company could have significant sales only because of their low prices. This means that numerically, they are considered to be at the top. But, are their products any good?

Are they indeed the best?
According to PV Tech, a source that studies and reports on solar technology, these companies are also top performers except for JA Solar. This is not because JA Solar is not a top performer but rather because they did not participate in the study. These were listed among lots of other companies which were not fortunate enough to make the top manufacturer list. What this goes to show you is that there are plenty of companies out there that make quality products but are not selling enough to gain recognition in the market. Newer companies are not going to be able to top the giants which have been around for years and made a name for themselves. They just haven’t had enough time to gain their footing.

Final Words
The main takeaway from this is that if being a top manufacturer means you produce the best products, it’s hard to say. A lot of the companies out there are creating solar products that are similar regarding efficiency. However, if being at the top is a matter of sales, then there are clear-cut winners. It’s easy to define who is the best if the rankings come down to a number. But, maybe the reason the companies listed above have such high numbers is because they know how to build relationships and are reliable suppliers. In any case, they are the top solar panel manufactures of 2017 and companies to watch if you are in any way interested in the industry.

Previous post Home Backup Generator vs Home Battery: Which One is Right for You?
Next post How Many Solar Panels Do You Need?