Should I Get a Battery for My On-Grid Solar System? 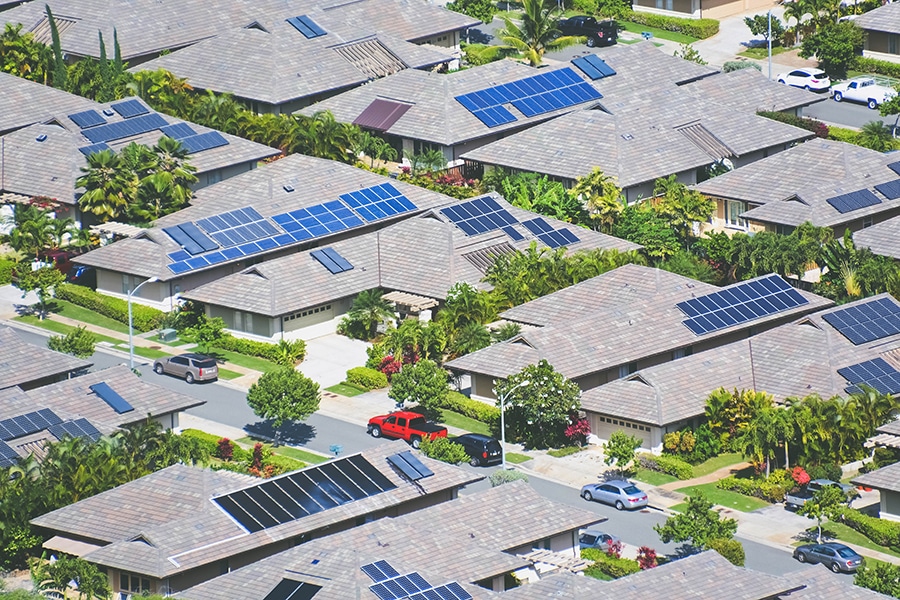 The last few years have been explosive in terms of growth in the renewable energy industry. In 2019 the U.S. broke yet another record where clean energy accounted for 11% of the total energy consumed in the United States.

That number may seem small but it has increased exponentially and is certainly on the rise, with no plans of slowing down. Clean energy technologies are advancing more every day. In fact, one of the most critical components in this growth is the largely unnoticed battery.

For as long as solar and wind power capabilities have been around, so too has the issue of what to do when these systems cannot produce. What do we do when the sun does not shine or when the wind does not blow?

Before, batteries were not developed enough to retain large-scale amounts of energy required to provide for large-scale transmission and consumption. Now, with recent advances in battery storage technologies, new doors are opening for the renewable energy sector.

Massive hundreds of megawatt battery storage systems have been built and are being built all over the world. This is finally giving electrical grids the ability to store energy during off-peak production times in order to provide energy during peak times.

Not only are whole communities benefiting from advancement in battery technologies, so too are small-scale investors of renewable energy, i.e. home and business owners. Never has there been such a good time to invest in a rooftop solar installation or a few wind turbines.

In fact, there are many benefits to adding batteries to your on-grid system.

BENEFITS OF ADDING A BATTERY TO YOUR ON-GRID SYSTEM

Back in the early days, on-grid residential solar systems were not an option. Consequently, anyone with a solar panel installation required solar batteries to store electricity for nighttime energy needs and a generator for the times the batteries were depleted.

Today, off-grid systems remain the same. Now however, you also have the option of an on-grid system. With the ability to sell extra electricity to your utility company through net-metering and the lack of expense of buying a generator, many choose this option.

USE LESS OF THE CITY’S ELECTRICITY

With an on-grid system, there is no need for batteries as the house or building is still connected to the city’s electrical grid. This means during the times when the solar system cannot produce energy, such as when the sun is not shining, the house would pull from the grid.

The downside of this is that the owner of the solar project is still having to pay the utility company for electricity. Now, with the advancement of battery technology, the owner can have the best of both worlds.

With the batteries Pur Solar uses in our solar installations, you can have a battery storage system and be tied to the grid. This means you can both participate in net-metering which will increase your return on investment (ROI) and rely predominantly on your own energy supply.

Related Article: How Much Power Can You Store with Premium Batteries? More Than You Think.[1]

WHEN NECESSARY, USE IT WISELY

Just wait, it gets better. New batteries are outfitted with utility time of use (TOU) optimization.

This is a fancy way of saying that you can control the times your battery discharges electricity to your home. So you can set the battery to provide your home with energy during peak hours to avoid surcharge fees through your electric company.

Let’s say you have a solar system that is not quite keeping up with your energy needs. Maybe you had a child or a mother-in-law move in and now the system does not quite cut it. Instead of installing an extra solar panel, which can be pretty pricey, you could merely add an extra battery.

With the extra energy storage space and it’s capabilities, you can recharge the battery from the city’s electric grid during off-peak hours and use that energy later during on-peak hours. This ensures the electricity you buy is always at the least expensive rate available from your utility company.

While this is a massive benefit to individuals who own a solar panel system, it also benefits the community as a whole by helping to even energy consumption throughout the day instead of the majority of energy demands falling during on-peak times.

In fact, this technique used on a much larger scale is saving the day in California where excessive summer heat causes the electric grid to be overwhelmed by demand from air-conditioning, causing frequent blackouts.

In 2020, a new 250 megawatt battery storage system was built to allow for the batteries to be recharged during off-peak hours. Then in the day during peak hours, the batteries discharge into the grid to help supply enough electricity for the surge in consumption.

The most brilliant part of this solution to blackouts due to high demand is that it solved the issue without the need for more energy production. So it is saving the extra pollution and resource consumption that extra electricity production would have caused.

Related Article: When to Update Your Battery Pack for Your Existing Solar System[2]

As you can see, there are a variety of ways a battery is worth investing in for a grid-tied solar system.

If you have a system that is producing above your needs, a battery gives you the ability to nearly-exclusively use energy produced by your solar system while also selling extra energy produced to the city, increasing your return on investment.

If you have a solar system that is not producing enough, however, you can still benefit from the addition of a battery storage system. Using the utility time of use optimization will ensure all the electricity you need from the city or utility provider is bought during off peak hours.

Pur Solar has a proud history of using the best technology available for your solar power system. That is why we use only the highest rated batteries available, the Enphase Encharge battery and the Sonnen battery.

Learn more today by emailing us or calling us at (866) 204-9886. Our friendly, knowledgeable team would love to answer any of your questions.