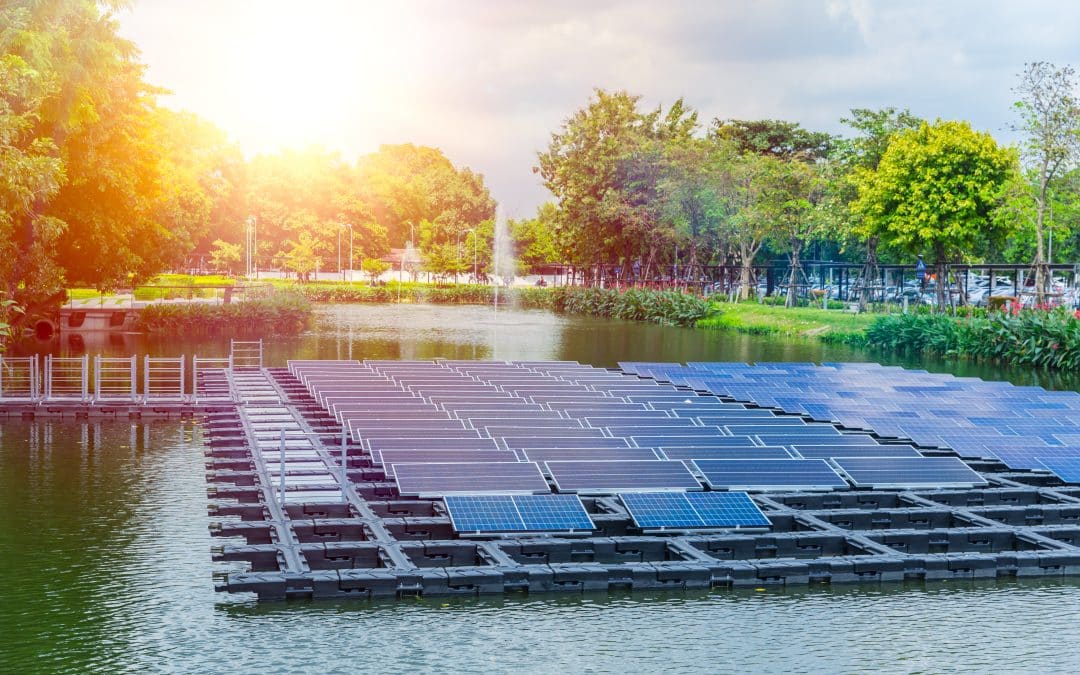 Renewable energy has become abundant due to its limitless application in relation to how far technology has advanced. Due to these reasons, many countries have made public declarations with their plans revolving around renewable energy. South Korea and Japan plan to reach carbon neutrality by 2050. These announcements not only show a promise for a greener tomorrow but also encourage the average electricity spender to consider alternatives. As renewable resources become more available and accessible, more opportunities become available for homeowners to implement solar panels in their homes.  Find out how solar panels on water become a great new way to consider the space you have to collect the sun’s energy.

This exposure to solar energy is perfect for the “going green” cause. A united front in eliminating greenhouse gases can see huge tremendous benefits in the years to come. Recently, there have been applications of solar panels in space and it makes sense. Being able to harness the energy directly from the sun, solar panels retain the same blue light that immediately disperses at Earth’s atmosphere creating pure solar energy. So now we have solar energy applications in both land and space. But this year, one of the biggest solar farms can actually be found on the sea.

Off a reservoir located in the western part of Singapore, the 60 megawatt-peak solar photovoltaic stays afloat thanks to Sembcorp Industries. This solar farm is meant as a solution to how the city-state can improve climate control efforts given the very limited land available to build such farms. While this may not be as efficient as getting solar directly from space (Solar Panels in space have the power to generate 40 times the amount of energy produced by the solar panels on Earth), these floating solar panels perform 5 to 15 percent better than traditional roof panels. When the project is fully completed, the expectation is that the farm can run 5 of Singapore’s water treatment plants.

Another reason why these panels perform better is due to the fact that the water helps regulate the temperature that the panel absorbs daily. And while it may be a concern to house floating electricity on Singapore’s Tengeh Reservoir, the farm was designed to have no impact on the wildlife or the water there. Rest assured that every aspect of these panels was methodically planned. From its placement to the degree that these panels face. The panels are tilted 5 degrees for efficiency given how the sun rises in that part of the world.

Combatting the ever-growing need for electricity while conserving its greenhouse gas output, the solar farm floats on water equivalent to the size of 45 football fields. For those unaware of what the size of a football field is; the average home can hold up to 30 solar panels. The huge solar farm currently houses 122,000 solar panels. With that kind of power and efficiency, the farm is estimated to remove 7,000 cars worth of carbon emissions per year.

Roughly, today’s global population is nearing 8 billion. 8 billion opportunities to continuously omit hazardous materials and waste. Assuming nothing is done about finding alternative sources of power, we are predicted to increase our energy consumption by 50%. Not only does this affect wildlife but our overall air quality. Singapore’s air quality sits at a very moderate-quality consistency. With that in mind, the city has a well-thought-out plan that will see the city-state reach a total of zero emissions by 2050. As the revamp to improve its infrastructure continues to increase, Singapore is providing rebates for those who invest in an electric car for the next 5 years. A total sum equivalent to 22 million USD, which in contrast to 2 years ago when the city had no fully developed system and saw sine owners being taxed unfairly. To lead your citizens, leaders must lead. That’s why as part of its growing efforts all current gas using city busses will be fully phased out by 2040. All fossil fuel-powered vehicles are to be phased out by 2040 and no new diesel-powered cars or taxis are to be registered from 2025 and on. Better air equates to a better quality of life.

With these panels’ expected lifespan of 25 years, this project could serve as a great experiment in energy alternatives. Singapore will definitely not be the last in floating solar farms as other city-states continue to grow, eliminating potential landmass to produce roof solar. And with 4 other projects on the way, Singapore could potentially become the leader in the government-led solar alternative journey. 2050 could bring a different era of energy alternatives.

Previous post Solar Energy: What is it and why is it important